Bigfoot, sometimes called Sasquatch, is a Cryptid native to North America with multiple sightings in the United States most of which are reported in the forests of the Pacific Northwest. The name Sasquatch is the Anglicized derivative of the Halkomelem word “Sesquac”, meaning “Wild Man”.

This elusive bipedal creature is reported to stand between 7 to 9 feet tall and is covered in black, brown, and red fur. “Bigfoot” comes from the estimated size of its feet – a colossal 16 inches long!

The most famous recorded sighting to date is the “Patterson-Gimlin film” made by Robert Patterson and Robert Gimlin in 1967.  In this short clip, a large ape-like creature is shown walking from a lake into a forest in Northern California.

Although many people have seen large footprints and have reported sightings a Bigfoot has never been captured, or full remains found.

Have you ever witnessed the mystery of Bigfoot? Dive into this great mystery at Mystery Town, USA and ‘Believe The Fun!’ 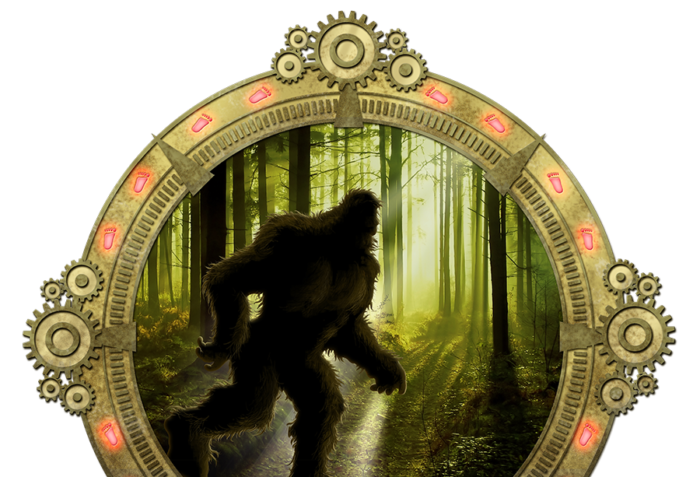 0
From the early 1960’s to Present there have been roughly 3,500 credited Bigfoot prints and sightings found.
0
Years of BigFoot