Atlantis, in ancient Greek, translates to “Island of Atlas.” In Greek mythology Atlas was the titan condemned to hold up the sky for eternity after battling the Gods. This island is thought to be one of the most advanced societies of the ancient world.

Atlantis was first mentioned in Timaeus, a Socratic dialogue, written in 360 B.C. by Plato. It is described as a powerful and advanced kingdom that sank, in a single day and night, into the ocean around 9,600 B.C. after the gods sent fire and earthquakes to the island punishing the Atlantean people for becoming greedy and pursuing immoral things.

Atlantis not only developed advanced technology but was also said to have a connection with the supernatural world. When Mermis, an ancient wizard, foretold the end of Atlantis his loyal followers chose to have their fish-like genes activated and enhanced with supernatural powers.  As Atlantis sank into the North Atlantic, these so-called “mermaids” were the only ones to survive. They rebuilt Atlantis deep beneath the ocean and are said to reside there to this day.

Across the globe mermaid sightings have been reported for centuries. Christopher Columbus sighted three off the coast of Haiti, however, they were a bit more masculine than what he expected.

The famous pirate Blackbeard reported seeing mermaids, and in-turn warned his crew of venturing into un-charted waters. He feared these creatures would bring bad luck.

Mermaids were often thought to have ill-intentions and were known to lure unsuspecting sailors overboard and into the watery depths of the deep blue sea.

In 2012, workers on a reservoir site near Zimbabwe claimed that mermaids had hounded them away from their worksite…could these mysterious creatures still be swimming in the oceans today? 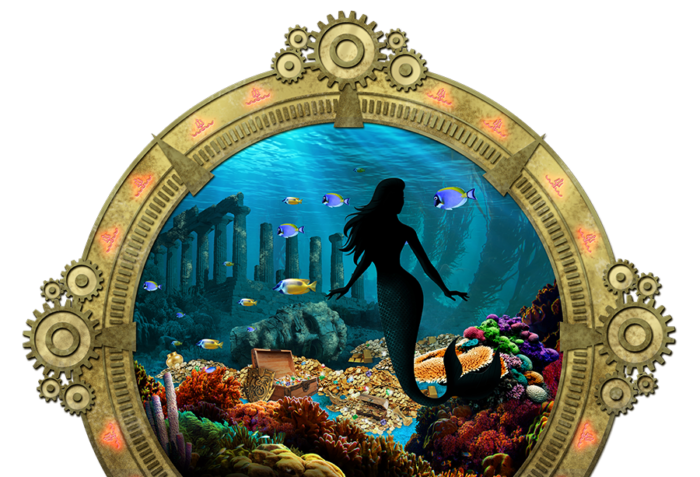 Thought to have been built by Poseidon, god of the Sea.

Atlantis is Large, bigger than today’s Libya and Asia combined.